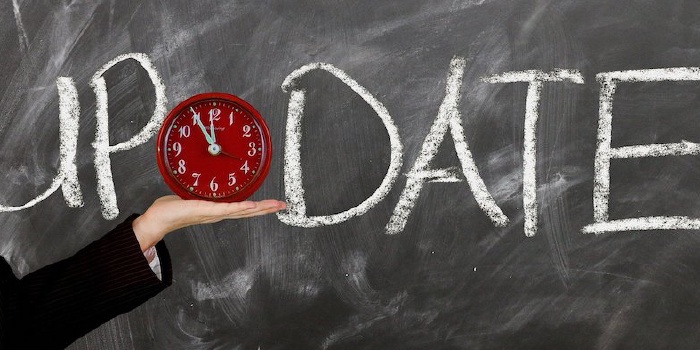 To keep your container infrastructure up to date and therefore secure, there are two primary objectives that you need to achieve:

Updating your operating system is quite straight forward. Just use the well known package managers to do the job for you. E.g. for Debian this would be as easy as running apt-get update && apt-get upgrade on a regular basis.

To automate running these two commands, there are several approaches available. Either you configure a cronjob to run these commands on a regular basis, or you go for a higher sophisticated solution.

For apt there is a package called unattended-upgrades available. The package takes care to install all security upgrades on da daily basis. It is fully configurable via /etc/apt/apt.conf.d/50-unattended-Upgrades.

For updating docker containers automatically, you not only need to consider the upgrade process itself.

The risk of getting incompatible

There are many containers out there which do not automatically ensure that the data (e.g. databases or configurations) are also updated. There might be even a newer version of your service, that is incompatible with the database running in your sidecar container. If you just upgrade one of them, you might end up with completely unusable services.

To mitigate this risk there are several things you can do:

For achieving unattended container upgrades, you may use the standard docker commands you already know. Just put the script below in /etc/cron.daily/ and you are already good to go:

This will daily pull the newest image versions referenced in your docker-compose project, restart the containers with updated images, and remove old containers not contained in the project anymore.

There is a marvelous open source project called Watchtower which is basically a docker container on its own. It will monitor the registries of all images running on your docker daemon. If an image updates in the registry, it will pull the image and just restart your service with the old configuration. Genius, isn‘t it?

How to include watchtower in a docker-compose project

Add another service configuration for watchtower to your docker compose file.

This will run watchtower in its default configuration, which monitors all containers in the system. There are many configuration options available. Just checkout their Documentation.